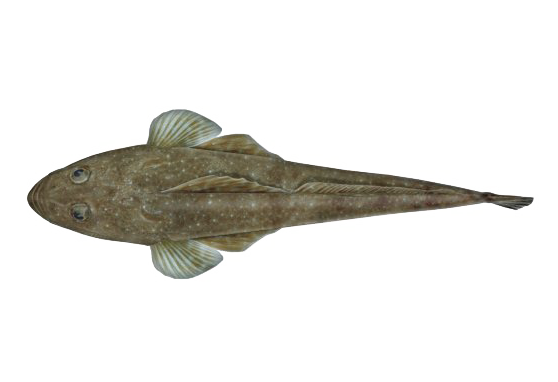 Flathead are a very common type of fish in the waters in and around the area, but many fishermen aren’t too keen on catching them- strangely enough, many fishermen will never in their lives make this particular type of fishing their speciality. They will instead simply go out with a line that’s dangling on its own with an unsightly slab of fish flesh, hoping that a stray flathead will happen along and grab on their line. They don’t know that flathead fishing in and of itself is a rewarding experience that requires a great deal of skill and experience, and that these fish are not just fun and challenging to catch but they’re tasty too! Let’s look at some tips on how to catch them, and after we’re done we’ll look at some ways that you can cook them up to make a nice tasty meal for when you get home from a long day’s work out at the water.

First off, flathead is essentially a daytime feeding fish that’s more common in the summer months- if you’re looking to catch them, you’d do well to heed this advice and head to a river on a nice summer day. The fish is a pretty lazy fish, and it’s not as active as some of the fish you might be used to catching in the lake. Flathead are instead mostly sedentary hunters- they prefer to lay buried in the sand and wait for the food to come to them. The best way to get the fish to come to you is to present him with moving bait just within his reach; weaving your rod tip in such a way as to make your bait swim in a jerky movement is ideal, as it gives the appearance of a small, maimed fish that is quite enticing to the predator lurking in the sand.

The trick to getting flathead to bite is to convince it that the bait is alive but weakened. It has to believe the bait is unable to escape, so it will rush up to the bait and swallow it in one gulp. Quite often, the fish will struggle and kick up pieces of bait in the area; consequently, if you can sucessfully pull up the fish quickly, it’s advisable to cast back into the same area as quickly as possible. Other flathead will have been stirred by the commotion, and it’s possible that you’ll be able to get another one due to the stirring caused by the first.
Gear Rigs Used For Catching Flathead

The most typical size you’ll encounter when you’re out fishing is often around a kilo, though it’s very possible to see flathead up to two kilos. Your rig setup should be designed to accommodate that size of fish, but it should be capable of handling its own if a bigger fish comes along. In that idea, it should be a No. 2 / 0 fine pointed hook, and you should be using 30 centimetre trace attached to your main line with a No. 12 swivel. Using a small free run swivel above your lead weight will keep the line free of any twist no matter what the cause, and keep you in the game. You’ll want to use bait like white pilchards, yabbies, and fresh prawns- it’s tempting bait for the fish, and all you have to do is insert the hook through once at the broad end of the bait and watch it move freely in the water.

The major change to your gear here is that a running sinker isn’t ideal, as it will slide along the line and cause the bait to sink in an unnatural way. A split shot clamped down to the trace around 16 centimetres above the hook is all the weight you need, and because it’s fixed you can swim the bait up and down in a manner realistic enough to snare the fish. You can practice this type of movement by lowering and lifting your rod as slowly and carefully as possible in a more shallow, clearer environment: you can watch your technique and see how the bait floats in the water, and once you’ve perfected this technique it will make catching flathead much easier.

One of the keys here, like in any estuary fishing, is not to resort to wire traces; they’re stiff and they’ll take most if not all the natural movement away from the bait. You don’t want to go to traces of lighter breaking strain, however, because then you’re not going to be confident in the breaking strain of the gear you’re using. The best way to do it is to have the same size, perfectly clear, and nothing more. The 30 centimetre trace of heavier nylon is ideal since the sawing action of the fish occurs in the water. Finally, don’t forget that flathead are shallow water fish! Try catching flathead nearer to shore before wading into the water, as you might be missing the flathead just under your nose.
A Great Flathead Fish Recipe
Looking for something to do with your newly caught fish? Here’s a quick recipe that’s delicious with fresh fish, and it’s sure to be a favourite with any guests as well. Just a few ingredients and a few steps make this sure to be a hit at any dinner table!

Heat the oil in a frying pan on medium heat. In batches, cook fish for 2 to 3 minutes on each side until it’s golden and cooked through. Use paper towels to drain. Serve with tartare, coleslaw, and wedges.